How FSF use Sensory Attributes in New Product Development

The 4 sensory organs used to carry out these steps are first the eyes and nose then of course the mouth. Surprising to many, the ears also play an important role.

The phrase “you eat with your eyes” is proved true time and time again.

If a dish is prettily presented it attracts the consumer to consume, this is why the skill and art of food photography is so highly valued to sell magazines, recipes and menus. How many times have you looked around a restaurant and ordered what someone else has just been served because it looks nice?

Then the smell, a pleasing aroma depends on what the product is and at what point the aroma is released.

Then the palate, the mouth with its lips to hold the food in, the teeth to masticate, saliva to start the digestion and the tongue to both move the food or drink to the teeth and down the throat and to convey the flavour perception through the taste buds to the brain.

Then the nose comes back in, as you have taste buds at the base of your nose which pick up the after taste as you swallow.

The sound that food makes when you cut or break it before you put it in your mouth and the sound it makes while you chew affects your satisfaction and liking of a product. The sound from chewing resonates on your jaw and so the vibrations are heard internally.

The noise of you eating affects others around you too and their enjoyment, or not, of eating with you but that does not affect your enjoyment of the product.

How Ruth uses sensory analysis in Product Development and Applications

I have always had what is known as a “keen palate” from the start I was taught to identify which ingredients had been used to construct a dish. At Tante Marie School of Cordon Bleu I learnt the classic way to produce and present culinary dishes for the table. When studying Home Economics and through decades of experience across the food industry, with different settings, colleagues and courses I have learnt about the effects of physical and chemical changes that occur due to point of shelf life, mechanics of production and logistics.

When working as Company Home Economist at GW Padley [both Poultry and Vegetables] I had colleagues experienced in both production and flavours. There we worked on taking classic dishes into new formats in a factory setting to deliver new products. It was my role to define the essence of the dish that must make it through to the final product. It is key to enabling scale up and scale back in production. It was Sharon who told me that I had a flavour memory. I was surprised, I thought everyone could remember a flavour combination once tasted and tell if it had changed days, weeks, months later. It has been tested many times since then and saved many clients tens/hundreds of £K’s.

More recently, I worked with Eminate Ltd, a spin-out from the University of Nottingham. As we were based at Sutton Bonington I got to work with the amazing Sensory Scientists amongst many other departments. They were carrying out studies on taste abilities and attributes and I ended up as a willing guineapig: They were testing for taste phenotypes, genotypes, ethnicity, gender and taste perception using Chi-square and regression tree analysis. So, along the way they swabbed my tongue to measure my sensitivity to bitter flavours with A 0.32 mM 6-n-Propylthiouracil (PROP); painted my tongue with dye and photographed it so they could count the capillaries linked to tastebuds; attached rods that both heated and cooled my tongue; and finally put a blindfold on me and get me to put small block in my mouth and asked me to about the shape and markings I could detect. SO… they then confirmed that I am a Super Taster and a Thermal Taster.

And, very usefully, there is now a single word in common use to explain each of these taste attributes rather than the long-winded explanations previously needed.

Super Taster – someone who can taste a wider and clearer flavours. It is like seeing a bright and clear rainbow where you can pick out each band of colour separately while seeing that it is a rainbow. The practical application is that I can tell when a flavour is too dominant to achieve the desired effect written in the product brief.

Thermal taster – when my tongue is heated or cooked by the product I am tasting I can still detect the flavours in the product. Have you ever tasted ice cream straight out of the freezer? As well as the temperature triggering pain receptors, the flavours can be less distinct. The same thing occurs with hot [temperature not spiced] foods. A thermal taster can detect how temperature changes the delivery of the intended flavours.

Sensitivity V Preference – liking a flavour e.g. level of sweetness or saltiness, is not the same as being sensitive to it. I have standard sensitivity levels, so I detect the basic flavours [sweet, salt, sour, bitter] at the saturation in water considered “normal”. Preference is something I keep for outside of work; it is if you like your foods sweet or salty. I had one colleague who was insensitive to salt and liked salty foods. If ever Jack said something was too salty we did not taste it, conversely, if he said it was not salty enough but the rest of the team thought it was the right level he accepted our judgement.

Umami – the savoury depth of flavour, what makes something taste rich and long lasting, not thin, weak, and quick to disappear. There are times when either is required, but now it is understood which ingredients and methods of production promote Umami.

Kokumi – the richness of mouthfeel and how an ingredient or recipe stays in the mouth. Something can have a sticky and clawing or a thin texture that can be either be harder to swallow or can slip down too quick, but that is different to how the flavour is perceived e.g. a rich gravy or flavour difference between a sauce enhanced with different fat level creams. These are proving important when developing vegan products or new formulations to reduce costs.

Satiety – the feeling or state of being sated or feeling full. There are some foods that you will find fill you up quicker than others. This is a relatively new area of study.

There are three options for writing super taster:

Taking the easy one first 3. Super-taster (hyphenated) is not commonly used so we have discounted using that.

In this article we also discuss “thermal taster”. Since we are not proposing to write that as thermaltaster (one word) simple logic is in favour of keeping two words for both thermal and super tasting. Google provides some data that would support the use of supertaster (one word) but at this time we have elected to stick with the two word approach. 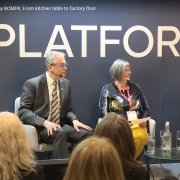 The Importance of Market Research for Successful New Product Development 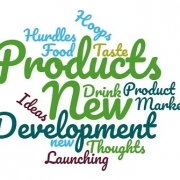 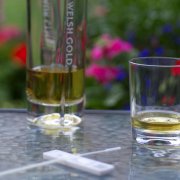 Tony Dolby, Keytone Captures Stealing Back from the Covid Thief

Tony Dolby, Keytone CapturesStealing Back from the Covid Thief
Scroll to top

This site uses cookies. By continuing to browse the site, you are agreeing to our use of cookies.

We may request cookies to be set on your device. We use cookies to let us know when you visit our websites, how you interact with us, to enrich your user experience, and to customize your relationship with our website.

Click on the different category headings to find out more. You can also change some of your preferences. Note that blocking some types of cookies may impact your experience on our websites and the services we are able to offer.

These cookies are strictly necessary to provide you with services available through our website and to use some of its features.

Because these cookies are strictly necessary to deliver the website, refusing them will have impact how our site functions. You always can block or delete cookies by changing your browser settings and force blocking all cookies on this website. But this will always prompt you to accept/refuse cookies when revisiting our site.

We fully respect if you want to refuse cookies but to avoid asking you again and again kindly allow us to store a cookie for that. You are free to opt out any time or opt in for other cookies to get a better experience. If you refuse cookies we will remove all set cookies in our domain.

We provide you with a list of stored cookies on your computer in our domain so you can check what we stored. Due to security reasons we are not able to show or modify cookies from other domains. You can check these in your browser security settings.

These cookies collect information that is used either in aggregate form to help us understand how our website is being used or how effective our marketing campaigns are, or to help us customize our website and application for you in order to enhance your experience.

If you do not want that we track your visit to our site you can disable tracking in your browser here:

We also use different external services like Google Webfonts, Google Maps, and external Video providers. Since these providers may collect personal data like your IP address we allow you to block them here. Please be aware that this might heavily reduce the functionality and appearance of our site. Changes will take effect once you reload the page.

The following cookies are also needed - You can choose if you want to allow them: